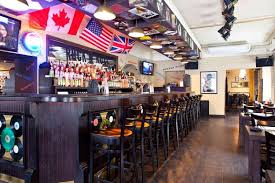 She was heading towards the door, unsure of where to go but just knowing that their had to be somewhere out there for her. She put on her headphones and listened to The Endless River loud, drifting in and out as she strolled down the street.
First bar she came to, she entered quietly and ordered a beer and some peanuts and sat at the bar so she could listen to the old guys talking about the sports. She always used to like listening to them, reminded her of her grandfather who used to give her the winning horses for the racing, who always came last or fell at the first hurdle. Someone put Queen on on the jukebox and she tapped her toes and sang along, she sometimes felt like a killer queen herself, she smiled, drank her drink, felt more together than she had for hours.
A guy sidled up and asked her if she wanted a drink, she asked for a beer and they chinked glasses and she looked away, hoping that he would take the hint. He didn’t, carried on talking and trying to seduce her with talk of his wood cutting business. He offered her a game of pool and she said she would only play for twenty dollars, then won from the break, took the money and left. She took her new wealth to the burger bar and grabbed a quarter pounder. Then headed for the library and got a new epic novel to keep her going through the week.
Content now, she returned home, went straight to sleep and did not wake up for three days. Not that she had anything to wake up for since he left.